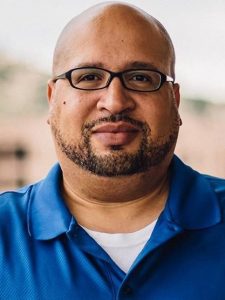 Dr. Christopher Bell, director of graduate studies and associate professor of media studies at CU Colorado Springs, is a big fan of Marvel superheroes and is tuned in to what they stand for. On this month’s CU on the Air, Dr. Bell chats with host Ken McConnellogue about the ways race, class and gender intersect in different forms of children’s media as well as his role as a TED speaker, a diversity and inclusiveness consultant for Pixar Animation Studios, his upcoming work with WWE and the benefits of playing the ukulele.