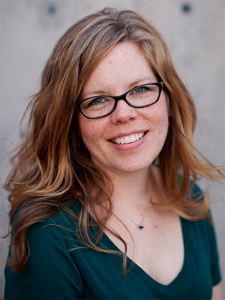 CU On The Air welcomes Janel Owens, associate professor in the Department of Chemistry and Biochemistry at the University of Colorado Colorado Springs. While she teaches courses and applied analytical chemistry, including environmental chemistry and forensic chemistry, Owens is also a certified whiskey chemist with the Federal Alcohol Tobacco Tax and Trade Bureau.

The TTB, which was formerly the ATF holds a proficiency testing or a whiskey certification program, and invites folks who have at least a chemistry degree who have a fully outfitted laboratory to participate in this proficiency testing. Owens’ interest started 2014 after meeting Michael Myers, who’s the managing director of Distillery 291 in Colorado Springs.

The certification reports on things that concern health and safety reasons such as methanol, because that’s a toxic alcohol, the fusel oils, which are higher molecular weight alcohols and terrible in agents, which is interesting to the TTB because it can be indicative of fraudulent product. It is an authentication tool.

Whiskey is interesting from a chemical perspective, because there are so many hundreds, if not thousands of potential chemicals that can be found in the beverage. Common organic compounds are most typically going to be those compounds that arise from the simple ingredients that are in whiskey. So it’s feast and the esters that are oftentimes produced by the yeast, which are used in the fermentation product, and then all of those organic compounds that arise from the malted grain.

Not a big fan of the taste of whiskey, Owens’ first encounter was in Scotland at a remote castle when a tour guide had all of the people in the small tour bus contribute a couple of pounds to purchase a nice bottle of single malt. The Americans at least, while standing on the top of the castle, tossed back the drink like a shot before learning it was something to be savored and enjoyed. She does, however, use it in recipes.

For example: Parts of the Fountain Creek watershed in Colorado Springs had been adversely impacted by activities where the use of aqueous film forming foams, which contain these forever chemicals have been utilized and then spread into the environment.

UCCS students learn from Owens to ‘tell a story.’ The information is unique to the researcher, and so she encourages her students to get beyond the fear and realize that they are the best knowledge source of what they are sharing.

Owens is focusing lately on graduate student training. Her goals are to get a lot of their research papers written up, submitted in the literature. On the whiskey side of things, she plans to start advertising to gain better outreach with local distillers who might need a chemist to help them out with some interesting research projects or even brewers.